Call us on 01372 383950 Request a free brochure Menu
Request to your free magazine
Back
Home / Your Lifestyle / Our Residents / Resident Experiences / Thamesfield / Briant Holland, Thamesfield 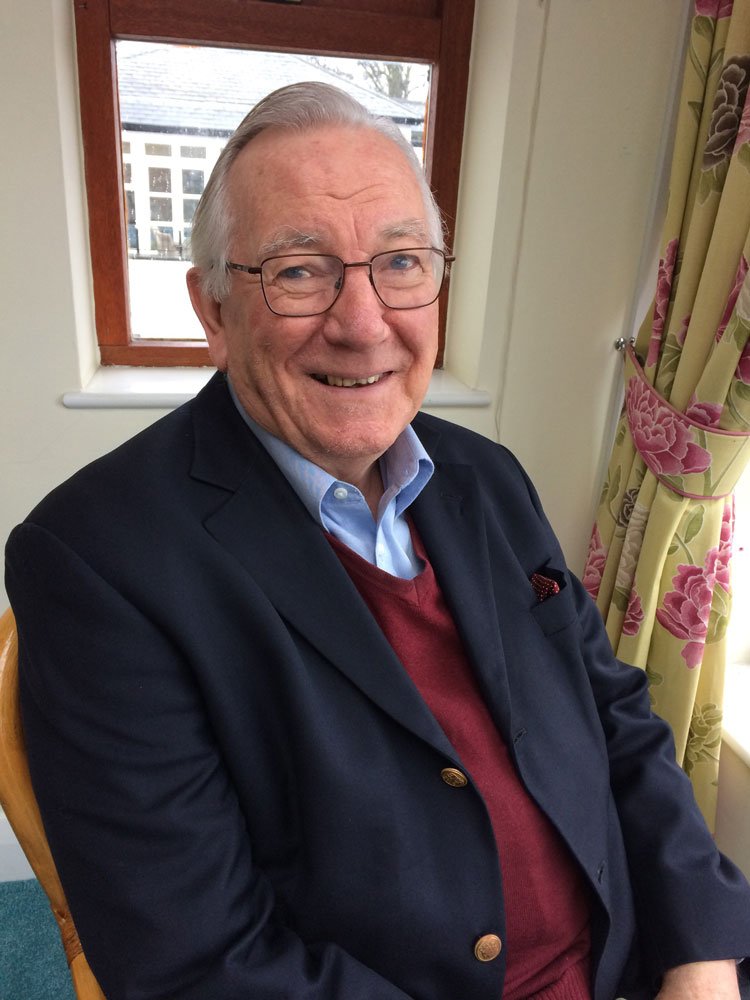 Thamesfield’s newest resident is Briant Holland (80), a former RAF pilot and flying instructor who decided to sell his large property in London and downsize into a retirement village.

Briant joined the RAF after attending Cambridge University and trained as a pilot in Canada. He flew Javelin fighter aircraft before converting to helicopters and completed numerous tours abroad in countries such as Northern Ireland, Borneo, Malaysia and Hong Kong, earning himself three campaign medals in the process.

After a long and prosperous career of 34 years in the RAF, Briant left in 1991 to settle in London near Kings Cross with his wife Diana and four children. However, the UK was in recession at the time, making jobs in civil aviation scarce.

“To keep myself busy I drove a London bus for two years, which was a bit different,” Briant chuckled. “Eventually though I was employed by Cabair International, formerly known as the Cabair College of Air Training, as a civil flying instructor at Cranfield Airport in Bedfordshire.”

Eventually commuting three hours to work became too arduous for Briant, so he retired to his London home.

“Our four children eventually grew up and flew the nest,’ Briant explained. “Then Diana developed Alzheimer’s and I looked after her for nearly a decade before she sadly passed in December 2015. The house was too big for just one person, so it was time for a change.”

Briant grew up in the Thames Valley and knows the Thamesfield area well. At Cambridge he was a keen oarsman and captained the boat team, leading it to victory in Henley for the very first time. In addition, Briant’s mother actually used to live in the retirement village’s nursing home before she passed away.

“I was obviously a regular visitor to Thamesfield while my mother was there and they looked after her very well. So when I decided to sell my property in London and downsize I looked no further, especially as one of my son’s, who is a high flying financial advisor, said it would be a good investment.”

Briant bought a flat at Thamesfield, which is located on the picturesque banks of the River Thames and has its own private mooring. He has settled in well, enjoying the living assistance services that come part and parcel with the retirement village lifestyle.

“Every day staff at Thamesfield bring me breakfast, which is very nice,” he commented. “Plus there are regular laundry and cleaning services, which make my life a lot easier. It means I can focus on what I want to do, which is often enjoying a late lunch at one of the excellent local restaurants dotted around the village.”

Despite being 80, Briant is showing no signs of slowing down and is one of Thamesfield’s most active residents. By downsizing, he has been able to free up capital tied up in his London property and is now determined to make the most out of later life.

“Last Christmas I went away to the Malaysian tropics, where my wife and I lived for two happy years following an RAF posting,” he said. “I also have a trip to Las Vegas planned, where I will be attending a vintage motorcycle show. I’m also thinking about touring the US generally and visiting other countries to experience different cultures.”

The fact that Briant can simply lock up and leave, knowing his property at Thamesfield will be watched over by staff in the village, is a source of great comfort to him.

However, when asked what he likes most about Thamesfield, Briant says it is the location:

“This is a beautiful place to live and every year there is the Henley Royal Regatta, which I attend to meet up with old friends. Plus I have a car and Thamesfield is very conveniently positioned in terms of road access, I can drive anywhere I want with ease.”

Although Briant is a busy man, he still makes time to regularly see his four children plus his eight grandchildren, who he says keep him on his toes!

We want to help ensure your journey through the retirement property buying and moving process is as stress free as possible, that’s why we created Moving Home Made Easy.

Including;
•  Try Before You Buy
•  Part Exchange
•  Easy Move