Motorcycle enthusiast Alan Murray, has spent the past 14 years restoring an Excelsior Talisman Twin 250cc classic motorbike and now he’s ready to take to the roads around Rugby.

The project was a real labour of love for Alan (73) who has been passionate about motorbikes since he was 16 when he got his first bike – a ‘pedal to start’ Raleigh Runabout moped.

Having moved to Lime Tree Village in Dunchurch from Middlesex last year, Alan is excited about getting on the bike and exploring the beautiful Warwickshire countryside.

At three score years and ten, he really doesn’t think that age is a barrier to motorcycling, he said:

“The best thing about motorcycling is the feeling of complete freedom, just you, the wind, the exhilaration and the motorbike you are on. It is complete escapism and thrilling. And the country lanes around the village provide perfect routes because they tend to have less traffic and allow me to enjoy the beautiful Warwickshire countryside.”

Village manager, Patrick Johnson said: “Alan is typical of the people that live in Lime Tree Village, who are young at heart and enjoy a colourful cross section of pastimes. Contrary to popular belief, retirement village living is not all about knitting and dominoes!”

Alan is already planning to visit the Brackley Festival of Motorcycling, which is taking place in August this year, with his lovingly restored bike! 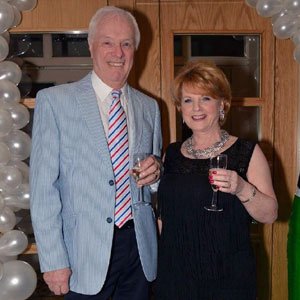