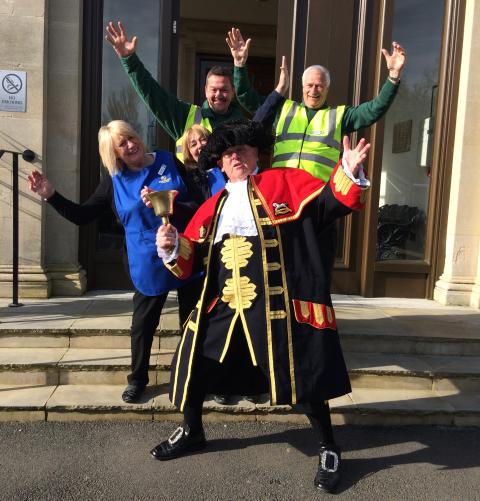 Residents across all of our villages are celebrating Queen Elizabeth’s 90th birthday today with a string of organised events up and down the country.

At our picturesque Lime Tree Village in Warwickshire, these began bright and early, when the Rugby town crier dropped by at 8:30am to wish Her Majesty a happy day.

Malvenia Richmond, Lime Tree Village’s manager said: “It isn’t every day I come in to work to find a town crier ringing his bell and yelling at the top of his voice!”

Malvenia continues: “Today is a special day though as our longest serving monarch reaches the age of 90 after nearly 64 years on the throne, an incredible landmark. On behalf of everyone at Lime Tree Village I’d like to wish Her Majesty a very happy birthday.”

Throughout Queen Elizabeth II’s reign she has:

Unusual gifts Her Majesty has received over the years include two black beavers from Canada, as well as jaguars and sloths from Brazil.