A report by law firm Pinsent Mason recently acknowledged the huge growth in the retirement housing sector, stating that according to research carried out by the firm planning applications for new retirement developments have increased by 162 per cent in the last five years.

As one of the UK’s leading retirement village developers we fully support this finding. We already have 14 sites in choice locations across the country and are building further retirement communities in places such as Essex, East Sussex and Oxfordshire. Business is certainly booming.

Call for the Government to prioritise retirement housing

Despite its cheerful overtone, Pinsent Mason’s report goes on to warn that planning applications for new retirement housing developments risk failing unless the Government starts prioritising housing for those in later life.

The law firm says that because local authorities do not allocate land specifically for retirement housing, retirement housing developers have to go up against general housing schemes when trying to secure viable sites and competition is stiff, meaning they are often priced out.

Pinsent Mason is calling on the Government to create a new class for retirement housing. In this way it hopes to attract more developers into the sector and meet the growing accommodation needs of Britain’s ageing population.

While there is some sense in Pinsent Mason’s recommendation, we do not feel the solution to the country’s retirement housing shortage is as clear-cut as this. Far better in order to maintain a broad range of choice would be for local authorities to establish clear policies and delivery targets for provision, backed up by a requirement to do so by Government.

It is true that local authorities used to be strict in categorising retirement developments, often requiring those applying for a C2 rating to specify exactly how much care they would be providing to future residents. For obviously reasons this was difficult to predict.

However, these attitudes are changing. In our experience most local authorities we deal with are flexible at the planning stage. What is needed is a clearer understanding by local authorities of the housing requirements of older people, and the advantages for the local housing stock and health services that a suitable level of provision would bring.

Of course this in no way affects the high levels of respect and consideration shown to local development and environmental concerns, as well as public consultations in relation to new retirement housing schemes.

However it does make it easier for us to both make our developments financially viable and create a valuable proposition that will be attractive to people thinking of buying one of our properties.

Retirement housing varies in size, scope, type and location, with developers basing their schemes on different business models and target markets. So the flexibility shown to planning applications by local authorities, in our view, could be a far better approach than creating a prescriptive planning class and forcing all retirement developers to conform, which may make previously viable proposed developments unviable.

The breadth of choice 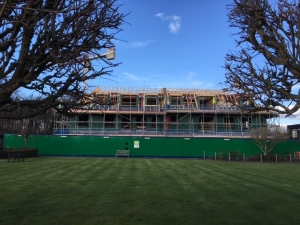 All of Pinsent Mason’s research data and recommendations are based on retirement developers that build retirement housing in or close to central town locations, but this is restrictive and fails to recognise one of the key issues in the retirement sector, that of choice.

Many of those who are retired or about to retire do not wish to live in town centres, instead valuing the openness of greener, edge of town or semi rural locations with the provision of care on site should they need it.

By ensuring that people have a great breadth of attractive, aspirational choices when they retire and enter later life, we can go a long way to solving some of the big problems that exist in today’s society.

These include the housing crisis. As people get older, their children eventually grow up and fly the nest, potentially leaving one or two of the parents in a large family home they no longer need or wish to maintain.

This is often a crossroads for many homeowners, who may investigate downsizing into a more suitable property, possibly within a specialist retirement housing scheme. However, if their choices are limited and they cannot find a new home that they aspire to purchase, or does not meet their needs, they may simply stay where they are.

This reduces the supply of homes available to younger families pushing up demand, increasing property prices and contributing to the housing crisis.

Also, if people stay in their family homes as they enter later life, they may suffer increasing isolation and loneliness and not be well positioned to receive care if and when they require it. This could mean they end up in hospital, putting pressure on the cash-strapped NHS and resulting in bed blocking.

If retirees move to suitable retirement housing that has care facilities close at hand in good time, this makes for the efficient utilisation of hospital resources.

Making sure that people have an attractive, realistic breadth of choices when they enter later life is a major preventative means of overcoming societal problems and helps them enjoy the retirement they have worked so hard for.

If the Government does make any planning changes, these need to reflect this in order for the retirement sector to grow as a whole, build the homes that are so desperately needed and give people in later life the breadth of choice they deserve.